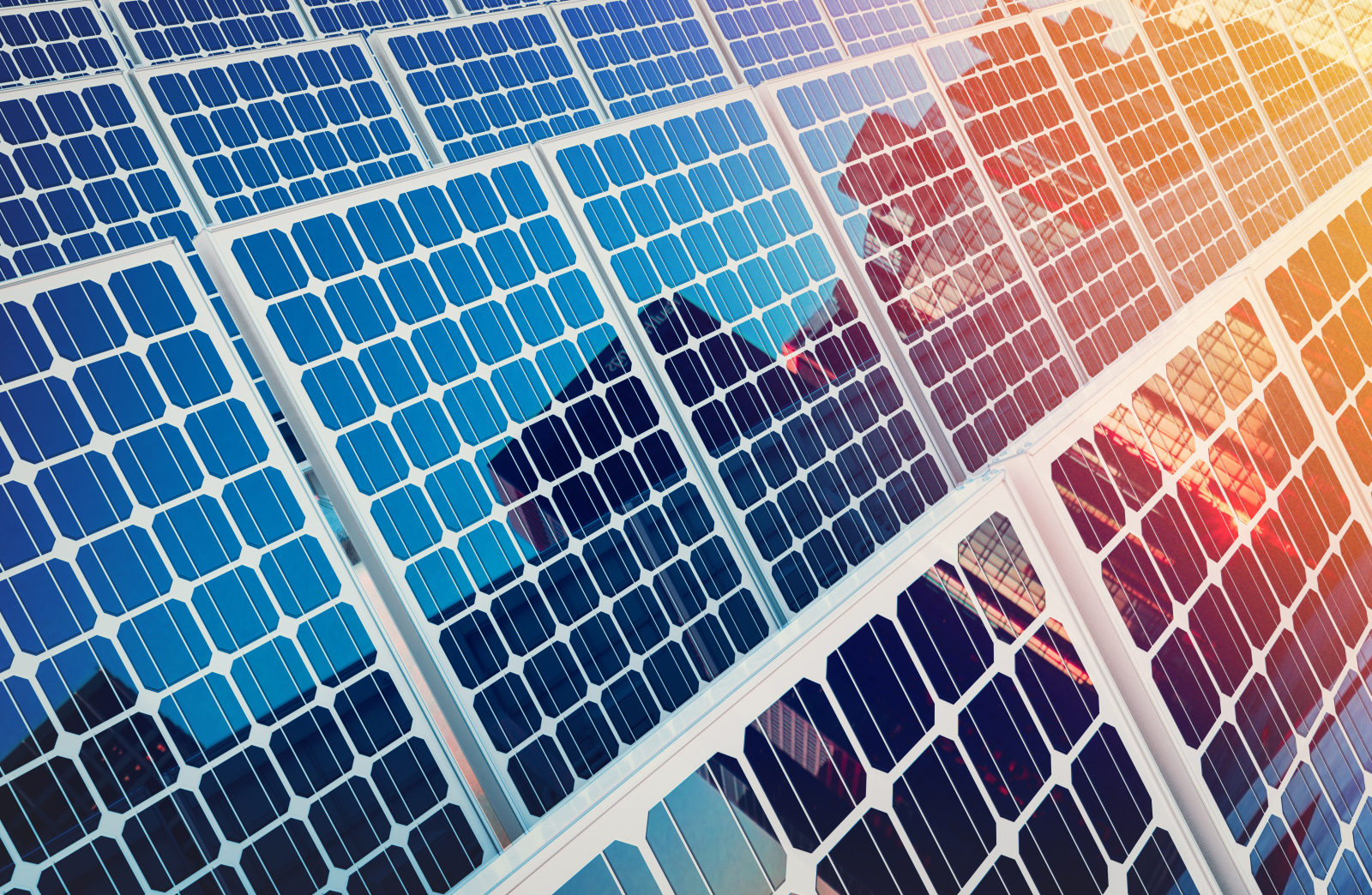 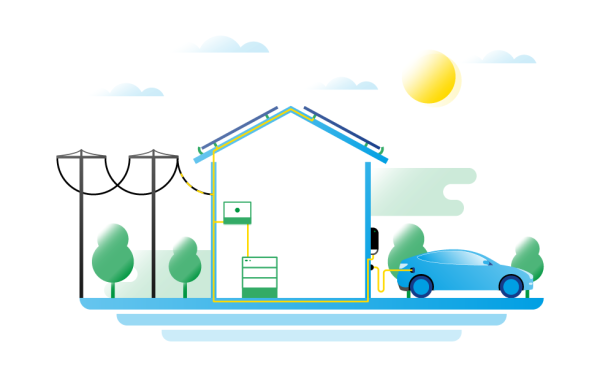 We can all contribute to a more sustainable future

We have to green our homes: it’s an absolute necessity. Besides, our energy bills will only increase in the years to come, while the energy requirements our homes have to meet will get stricter and stricter.  Plenty of reasons to start thinking about ways to reduce your energy consumption or go about things a little smarter, you could say!

There are already lots of affordable options out there that will immediately translate into lower energy costs, whilst also contributing to a brighter future and adding value to your customer’s home or business.

What we have to offer 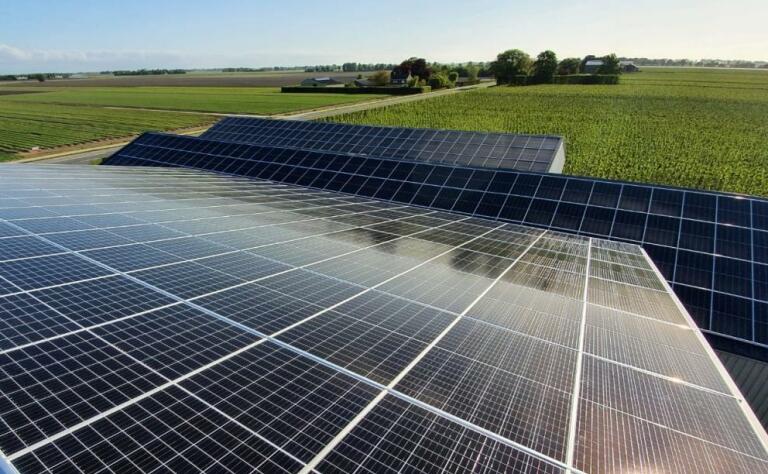 A steel roof with a safe and robust PV inlay system?

A sandwich panel roof or steel roof is one of the most used roof coverings and very suitable for solar panels. But what guarantees can you offer regarding different loads on the roof?

We did the test!

some of our projects Discover ALLiFIX: our new slide mounting system. We are proud to launch our new ALLiFIX onroof slide mounting system. The new system is perfectly suited for private installations on pitched roofs. Quick and easy installation With the ALLiFIX mounting system, you simply slide the roof hook over the batten without using screws. The clamps click directly over the profile, thereby saving you a great deal of time. This way of working also reduces possible damage to the profile. The lightweight rail is comfortable to work with. Flexible system ALLiFIX is compatible with all common tiled roof coverings and suitable for 99% of solar panels. Thanks to the high clamping range of the middle and end clamps, all standard modules and frame heights fit perfectly into the system. The short profiles facilitate transport and installation on the roof. Thanks to the components in black or alu finish, you can always deliver an aesthetically attractive installation. Solid and durable The entire ALLiFIX mounting system is made of high-quality aluminium with an anodised finish. This makes the system resistant to corrosion. As a manufacturer, we also offer a lifelong anti-corrosion guarantee on roof hooks, profiles and clamps. In addition, there is also a 25-year manufacturer's warranty on assembly materials and a 10-year manufacturer's warranty on lacquer and anodising. Read more about ALLiFIX.

The future is green. That is the reasoning behind the 'Fiscal Policy 2026' bill. The law is a package of measures in favour of electric company cars, charging infrastructure and a better mobility budget. Zero-emission vehicles Deductibility Zero emission vehicles ordered before 1 January 2027 remain 100% tax deductible.. For vehicles ordered after that date, the deductibility will gradually decrease to 67.5% in 2031.. CO2 contribution For Zero Emission Vehicles purchased before 1 July 2023, the monthly CO2 contribution is €20,83. This amount is not indexed and will be reviewed annually.. ZEVs purchased after 1 July 2023 are subject to the minimum CO2 contribution until 2025. From 2025 onwards, the contribution will gradually increase to €31.15 per month in 2028.. Non-ZEVs For non-ZEVs there are 3 periods: before 1 July 2023, 1 July 2023 to the end of 2025, from 2026 onwards. Deductibility Non-ZEVs ordered before 1 July 2023 are subject to the current deductibility formula.. For non-ZEVs purchased between 1 July 2023 and 31 December 2025, the phase-out rule applies. The maximum deductibility will be reduced by 25% each year to reach 0% in 2028.. Non-ZEVs ordered from 1 January 2026 will no longer be tax deductible.. CO2 contribution Non-ZEVs purchased before 1 July 2023 remain subject to the current rules. The minimum contribution is €20.83 per month (revised annually).. From 1 July 2023, the CO2 contribution will be multiplied annually by a higher factor. The minimum contribution will be € 31.15 per month in 2028.. Multiplying by factors will also be applied from 1 January 2026.. For plug-in hybrids, the tax deductibility is still 50% if they are ordered after 1 January 2023. Electricity costs are not included. PHEVs follow the rules of non-ZEVs. Charging infrastructure for private individuals Charging stations are tax deductible for private individuals if they meet the following criteria: Tax break on the investment (purchase, installation and inspection). Intellingent charging station (control of charging time and power). Only green electricity. Maximum € 1,500 per charging station and per taxpayer. Tax reduction decreases from 45% in 2021 to 15% in 2024.. Charging infrastructure for companies Companies are eligible for an increased cost deduction in the following situation: Depreciation of new charging stations on publicly accessible car parks. Publicly accessible charging station, during company opening and/or closing hours. Check location and availability after registering with FPS Finance or via eafo.eu. Intellingent station. 200% deductible until 31 December 2023 and then still 150% until 31 August 2024. Depreciation must be linear over 5 years. (Bron: Fleet.be) 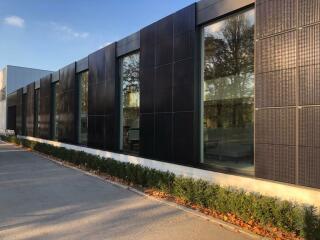 The airport in Deurne received a beautiful installation of solar panels. Not on the roof, but against the wall! The steeldeck plates, on a profile of 6m20, were mounted against the façade. Afterwards, the M8 hexagonal bolts, which were attached to the panels, were slid into the profiles. This way, the entire installation could easily be installed without the use of clamps.